Positive Effects of Haritaki on digestion

Scientific experiments and studies that underline the positive effects on digestion.

The studies conclude that Haritaki has antimethanogenic activity and improves nutrient digestibility. In animal studies, it was also found that Haritaki can improve rumen fermentation by reducing CH4 production and protozoan populations, thereby improving in vitro gas production and VFA profiles.

A study was conducted to evaluate some plant parts (already tested for their antimethanogenic activity in in vitro gas production test in the authors' laboratory) as feed additive to combat methane emission from sheep. Sixteen male sheep with average body weight of 29.96±1.69 kg (22 months of age) were divided into four groups in a randomized block design. The animals were fed on a diet containing forage to concentrate ratio of 1:1. The concentrate fraction composed (in parts) of maize grain, 32; wheat bran, 45; deoiled soybean meal, 20; mineral mixture, 2 and common salt, 1. The four treatments were control (without additive), seed pulp of Terminalia chebula (Harad), bulb of Allium sativum (Garlic) and a mixture (Mix) of the latter two in equal proportions at the rate of 1% of dry matter (DM) intake. There was no effect on DM intake due to the inclusion of these feed additives. The digestibilities of DM and organic matter tended to be higher (p<0.1) in the groups with T. chebula and A. sativum, whereas, neutral detergent fibre (NDF), acid detergent fibre (ADF) and cellulose digestibilities were higher (p<0.05) in all the three experimental groups compared with control. The nitrogen balance and plane of nutrition were not affected by inclusion of any of the feed additives. Methane emission (L/kg digested DM intake) as estimated by open circuit respiration chamber and methane energy loss as per cent of digestible energy intake tended to be lower in T. chebula (p=0.09) and Mix (p=0.08) groups compared with control. The data indicated that T. chebula showed antimethanogenic activity, whereas both T. chebula and A. sativum improved nutrient digestibility. Therefore, these two plants appear to be suitable candidates for use as feed additive to mitigate methane emission and to improve nutrient utilization by sheep.

[Link to the scientific study]

This study investigates the effects of Terminalia chebula Retz. meal supplementation on rumen fermentation and methane (CH4 ) production by using an in vitro gas technique. The experimental design was a completely randomized design (CRD) and the dietary treatments were T. chebula supplementation at 0, 4, 8, 12, 16 and 20 mg with 0.5 g of roughage and concentrate ratio at 60:40. The results revealed that cumulative gas production (96 h of incubation) were higher (P < 0.01) with T. chebula supplementation at 12, 16 and 20 mg than other treatments. However, in vitro dry matter degradability (IVDMD) and in vitro organic matter digestibility (IVOMD) were not significantly different among treatments (P > 0.05). The NH3 -N concentrations tended to quadratically increase with increasing levels of T. chebula in the diet. In addition, total volatile fatty acids (VFA) and propionate concentrations were increased (P < 0.01), while acetate concentration, acetate-to-propionate ratio, CH4 production and protozoal populations were decreased (P < 0.01) when supplemented with T. chebula at 8, 12 and 16 mg, respectively. Based on this study, it could be concluded that supplementation of T. chebula at 12 mg could improve rumen fermentation by reducing CH4 production and protozoa populations, thus improving in vitro gas production and VFA profiles.

[Link to the scientific study]
© 2022 Haritaki Club | All rights reserved

Haritaki Club is presented by: 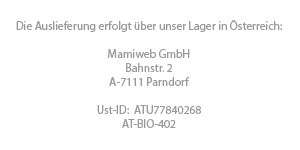